This something I wrote around the Christopher/Rory and Christopher/Lorelai dynamic, in Gilmore Girls. It starts at the scene where Rory visits Chris at his office. I thought a start there would build an interesting back story to that scene, maybe about where Chris is at with his feelings about Lorelai and how things ended as well as the broken relationship between him and Rory.

She was so incredibly formal that day, sitting in my office, barely touching the coffee I had brought back for her. The small talk. Questions about Gigi and my girlfriend, Lara. All of it sounded forced. Though I hadn’t much to do with Rory, for reasons no matter how hard I tried I could never justify, I knew my daughter well enough to know there was something going on in that head, something big.

That Buffy reference when I asked how she was doing was the final straw.
“Something going on in that head of yours, kiddo?” I asked.
She muttered something in coherent about “stuff”, before dropping the gutrenching bombshell. “Mom and Luke are getting married.” I swallowed hard, struggling to maintain composure, but inside I felt like the wound I thought was almost healed had just busted open. “Did she tell you?” There was a tone in her voice I hadn’t heard since it all ended between her mother and I. I felt sure she was fishing for a reaction.
That was a time I didn’t want to revisit, not then, in that moment with my daughter, who’s visit was such a rarity these days that I knew something serious was on her mind. “I’m not real good at keeping up with emails so… maybe.” Even in my own head that sounded lame.
“Well it’s a town thing,” Rory said, matter of factly, “And I thought you should know”. For a moment I wondered if she was extending an invitation, and I was already searching my head for excuse that wouldn’t sound quite so lame as the email thing, until she reached the crux of her revelation, ”but I’m kind of hoping you won’t…”
“Show up?” I finished. “I won’t.” I wasn’t sure if I was hurt or relieved. “Knowing when to admit defeat is one of my better qualities.” All I knew was lame excuses were not needed. I had blown my chances with Lorelai years ago, repeatedly. Still there was that more than niggling pain in my chest, like things were not quite finished, there, and watching Lorelai marry that weird diner-guy was not something in which I was ready to partake. I wasn’t ready to lay my feelings to rest, but I felt the window of opportunity was never fully closed. “You’re the man I want to want!” Lorelai had sobbed the day we ended it. I’d delayed to signing of the papers dissolving our marriage, believing that time was the answer. Lorelai just needed time but how much time, nine years? How long would she endure with Luke until she woke up and realised Luke was not the right man for. He was never right for her and I swore to this day that when she figured out she deserved better, I would be waiting for her to choose me. Was the window finally closing? Had I waited too long?
“I wish her all the happiness in the world.” I smiled in a poor attempt to show Rory that I was okay with things and that I would not be rattled.
After that, the conversation plunged deeper into a darker weirder place that had me again thinking that Rory was not okay. My daughter was poker faced but I knew she was struggling just as much as I at keeping it. Talking about switching gears from her dream career to writing a tell all memoir about her life growing up with Lorelai.
“Do I appear in a cloud of sulphur?” I joked. “Don’t make me out to be too much of a villain, okay? I may have my faults but I loved her, and you” I added. It was then the questions started about my absence in her childhood, and my feelings about that. As much as it hurt me to admit it, I told her it was exactly what was meant to happen and that Lorelai would back me up on that, a lie I knew because I knew the door to Rory had always been open, but my stupid pride had been the thing that stopped me from walking through it until she was sixteen and practically raised and clearly doing ok without me around, and now the woman sitting before me looking every bit like her mother had turned out okay, right?
“Yeah, I guess she would” Rory had said. The Poker face was cracking and I immediately regretted my harsh response.
“You know I love you right?” I half asked.
“Yeah I know,” she had mumbled, before I feigned an urgent work call to break the awkward silenced that ensued.
Promptly she left and I sat, phone in hand, with no intention of using it, just staring into space.

“You couldn’t stay away could you!” Rory’s blue eyes were flaming with anger. I felt myself shrinking under her glare. “You’re still waltzing back into mess things up for Mom and Luke. They’re finally happy. Why are you here?”
I tried to form words that would pass as an apology, but I knew she was right to be mad.
“We agreed you wouldn’t show up today, or did you forget that?”
“No kiddo, I didn’t. I know it was wrong to come here, but I just had to see her.”
“Why?” Rory asked.
“I -” I was struggling to form words. “I… because I still love her okay!”
Rory’s face softened and she sat next to me on the step.
“Dad you have to let her go! Don’t stuff this up for her. She loves Luke. They’re happy. They’re married, you know.”
I sighed. “I know. I’m not staying. I’ve already told her I will not try anymore to win her back.”
“Good.”
“I meant what I said Rory. I only want her to be happy, and she is so there’s no point…”
“I’m glad you finally see that.” Rarely did Rory use that tone on me but I knew I warranted it. “Dad, now that your here, I guess I should tell you some news.” She inhaled and then let out a loud weighted exhale. “I’m pregnant.”
Feigning surprise, I exclaimed, “oh wow, that’s great? Are you excited?”
I should’ve known Rory would not fall the act. “She told you didn’t she?”
“She?” I asked, stalling.
“Mom! God! I tell her something I don’t want the world to know and she just goes and blabs it anyone! I might as well print it in the Gazette now!”
“Now hang on,” I intercepted, this time not holding back on my thoughts. “I’m not just anyone. I’m your father! I have a right to know what’s going on with my daughter.”
“Convenient,” she muttered.
“Look! I know I wasn’t there a whole lot for you growing up and I’m sorry, but I’m doing my best here!” I pleaded. Rory took another weighted breath and violently wiped away the year that was escaping her eye. “I’m sorry” she said. “I guess I’ve been a little stressed lately.”
“Understandably,” I said “but Rory, no one can help if we don’t know what’s going on.”
“I don’t need your help. Mom raised me on her own, and she did okay. I can do this.”
I didn’t argue with her, I knew she was right, and I couldn’t help admiring my daughter for her courage. Still Lorelai had not been the only one to raise a child alone. Although she did spend time in paris, regularly, I had done a lot of the work to raise Gigi, and I still remember how tough that was at times. “You might be capable of raising that baby alone, you shouldn’t have to. I can help you. I know you need money, somewhere to live.”
“I guess I have to settle down somewhere don’t I.”
“Then consider it sorted. I’m buying you a house, anywhere you want to live.”
Rory shrugged. “I don’t know! Part of me wants to stay in New York! I love the city, but then I love Hartford too. Then I think the city is way to much hustle and bustle for a child growing up and I think of the amazing childhood I had right here in Stars Hollow. I want my child to have that. I don’t know. Do I have to decide this minute?”
“Take as long as you need. Make a pro con list. Mull it over with Lorelai. Whatever you need to do to decide. Just don’t shut your Mom out or me for that matter.” I said. “You might not think so now, but you’re gonna need us, more than you realise.”
Rory nodded “I know… Thanks.”
“Anytime, kiddo.”
“I better go check on Mom, make sure she’s not drinking styling mousse and styling her hair with Coffee.” We both laughed and said our goodbyes.
I pulled her into a long hug. “You’ll be fine kiddo.” I said before letting go. Then she hurried away in the direction of the inn and I took that as my cue, to leave this little snow globe town and all hope of winning Lorelai back again behind and go. 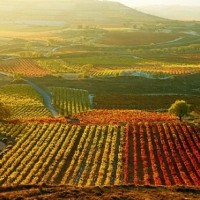 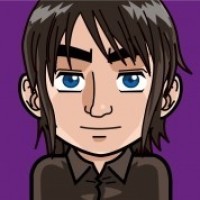